Learning The Wonder Of The Japanese Alps

The Northern Alps are one of three mountain ranges that divide the main island of Honshu. They were formed between 2 to 5 million years ago during the Pliocene epoch, when compression between tectonic plates resulted in a thrust-fault from the east, pushing the earth’s crust skyward and forming this long series of mountains. 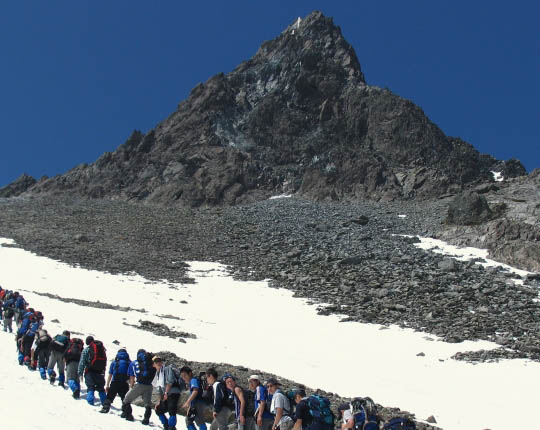 Besides volcanic and sedimentary rocks, many of the mountains here consist of granite pierced by crystalline rocks containing feldspar and quartz. Granite is created when magma cools and solidifies at a considerable depth below the earth’s surface. The granite here is some of the newest in the world: for example, while most of Japan’s granite was formed 50 to 130 million years ago, the age of this range’s granite is under 5 million years.

The great, U-shaped valleys of these mountains, such as the one on the face of Mt. Yarigatake, were gouged out by glaciers during the most recent ice age that ended some 10,000 years ago. Further weathering by glaciers, rivers, and avalanches created steep slopes, leaving the mountain peaks sharp and ragged. The faces of the mountains also eroded, leaving many rocks and boulders of all shapes and sizes that dot the landscape and are used to mark the hiking trails. 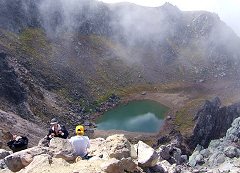 The most famous active volcano in the Northern Alps is Mt. Yakedake (whose name in Japanese means “burning mountain”), at the entrance of Kamikochi. The region’s many old volcanoes have contributed a rich legacy of geothermal springs, a source of great pleasure for tired hikers who soak in the steaming mineral waters.