Chubusangaku National Park is nestled among the famous Northern Japanese Alps, and the 174,323-hectare park is filled with soaring peaks, clear mountain lakes and rivers, sweeping green valleys, and secluded hot-spring villages. This region became the center of European-style alpinism in Japan after British missionary Walter Weston (1860–1940) climbed Mt. Kasagatake in 1894. Japanese climbers have since combined traditional religious practices from Shugendo mountain asceticism, such as martial arts and mediating under waterfalls, with recreational mountaineering, and this pastime endures across the nation. As such, Chubusangaku National Park has become a mecca for mountain climbers and hikers.

Trails once used by mountain ascetics, who worshipped the mountains as deities, still wind through the park. Today, these same paths are used by hikers and campers taking in the seemingly endless mountain views. The park has plentiful flora and fauna, such as yellow and green alpine butterflies, rock ptarmigans, and komakusa (Dicentra peregrina), a plant with pink and white heart-shaped flowers. The deep forests and grass-covered plains were once used by woodcutters and miners, but are now protected areas that support numerous plants and animals of special interest. Much of the park was created by volcanic activity and shifts along fault lines. These also led to the creation of the hot-spring villages that are scattered throughout the mountains. The therapeutic baths there remain much as they were centuries ago.

Chubusangaku National Park offers a natural environment with opportunities for everything from hiking and camping in the summer to skiing and snowshoeing in the winter.

The phrase “Birthplace of the Japanese Alps – Discover, Experience and Share the Wonder” encapsulates the area’s philosophy as the birthplace of Japanese alpinism culture, where local residents and visitors alike can share in its beautiful natural environment.

Feel free to use the following banners: 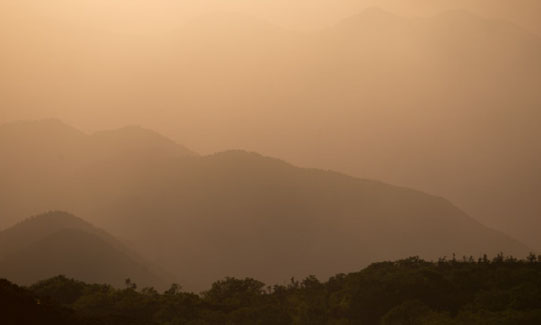 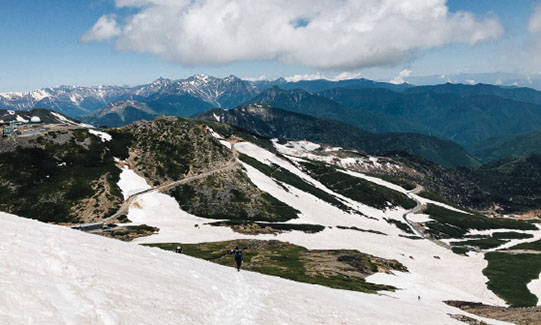 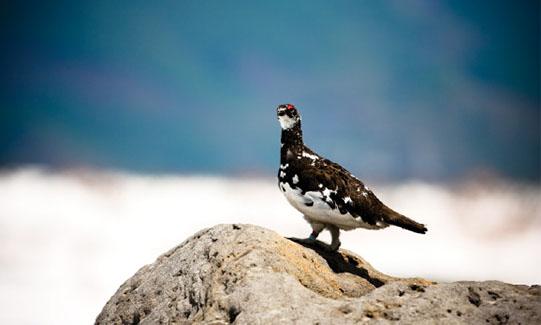 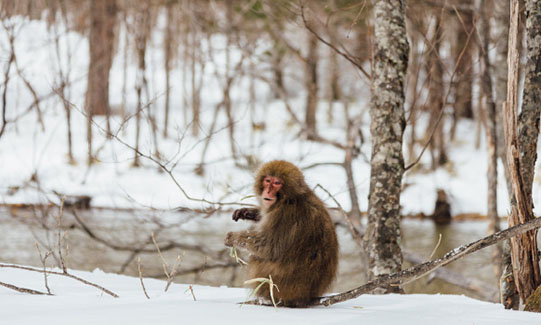 The steeps slopes of the Yarigatake and Hotaka Mountain Ranges alongside the active volcanic peaks of Mount Norikura and Mount Yake that rising from the sprawling highlands below make up a beautiful symphony of life in this symbolic alpine wonderland.

The steep mountains and sharp elevation changes in this region help to sustain a variety of pristine nature.

The dynamic nature of the wind, water, and volcanic activity is a constant reminder of the "living nature" that will leave you wanting to come back for more.

You cannot overlook the rich flora and the corresponding habitats of wildlife. With large mammals like the Asian black bears and Japanese serows, birds such as grouse and spotted nutcracker, and various alpine butterflies can be spotted throughout the park. You can also see many water-resources like waterfalls, freshwater streams, alpine lakes, and rime ice during the winter months.

The people living in the Southern Region of Chubusangaku National Park have long enjoyed the natural blessings of water, earth, and air that flow from this land and now happily share these blessings with visitors from near and far.

A HISTORY OF PEOPLE AND MOUNTAINS 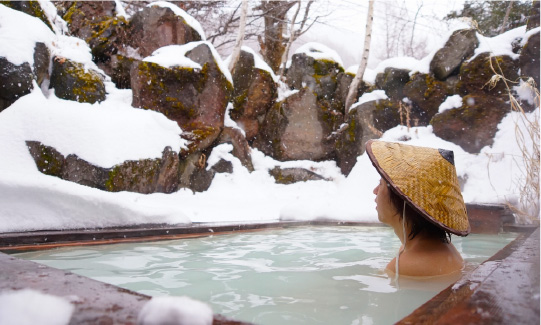 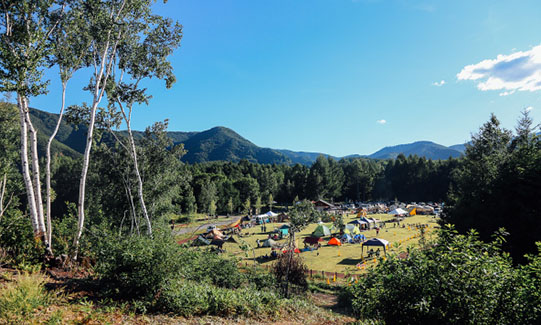 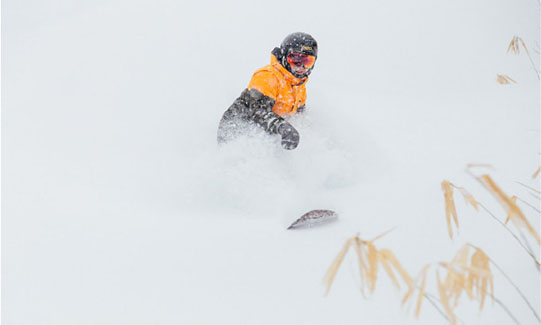 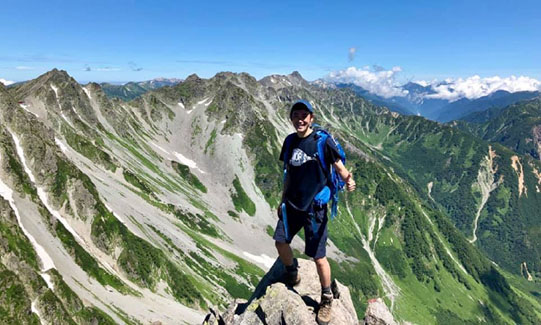 In Japan, mountains have historically been objects of worship and are considered a place to receive the precious blessings of nature. Though these views of nature are slowly fading, they still provide an attractive element of “Japanese culture” and remain visible in local shrines, festivals, and mountains throughout Japan.
Characteristics of the Japanese view of nature

Additionally, the missionary Walter Weston, who visited in the latter half of the 19th century, helped introduce this area to the world as the "Japanese Alps". Since then, non-religious recreational mountain climbing (alpinism) has spread throughout Japan. 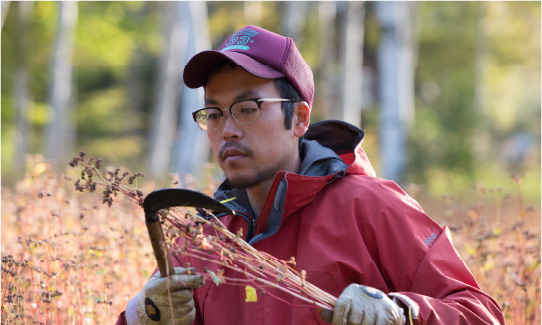 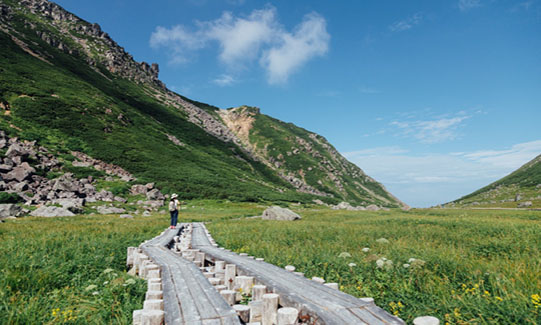 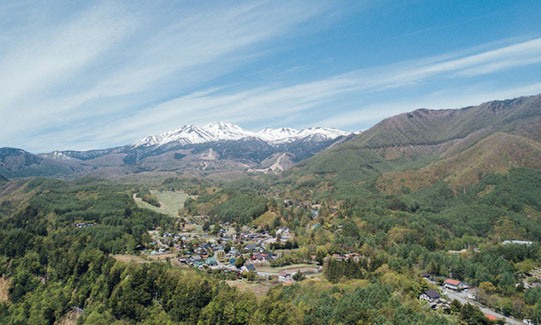 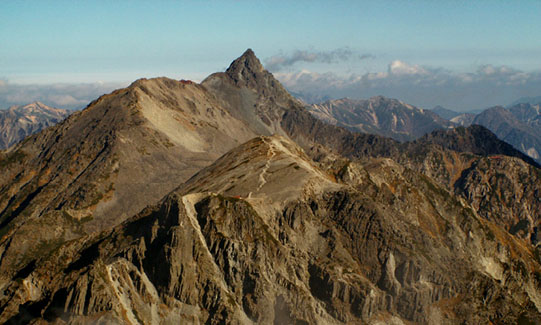 This region is filled with accommodations that serve people looking to get out and enjoy a walk in nature before or after mountain climbing. Options include hotels, Japanese onsen ryokan, inns, pensions, guest houses, and campsites – many of which offer a unique dining experience including local dishes.

Even if you don't climb mountains, you can still take advantage of the slopes with other outdoor activities or just enjoy the wonderful colors of the four seasons. Don't forget to step outside and look up when you come – the star-watching here is world-class. Another blessing of the volcanic activity in this area is the high concentration of onsen baths (hot springs) and onsen types which are considered to be one of the highest in Japan.

People have been living here long before it became a national park. Now this community provides visitors a wonderful place to connect with the natural world through a variety of tours and experiences.