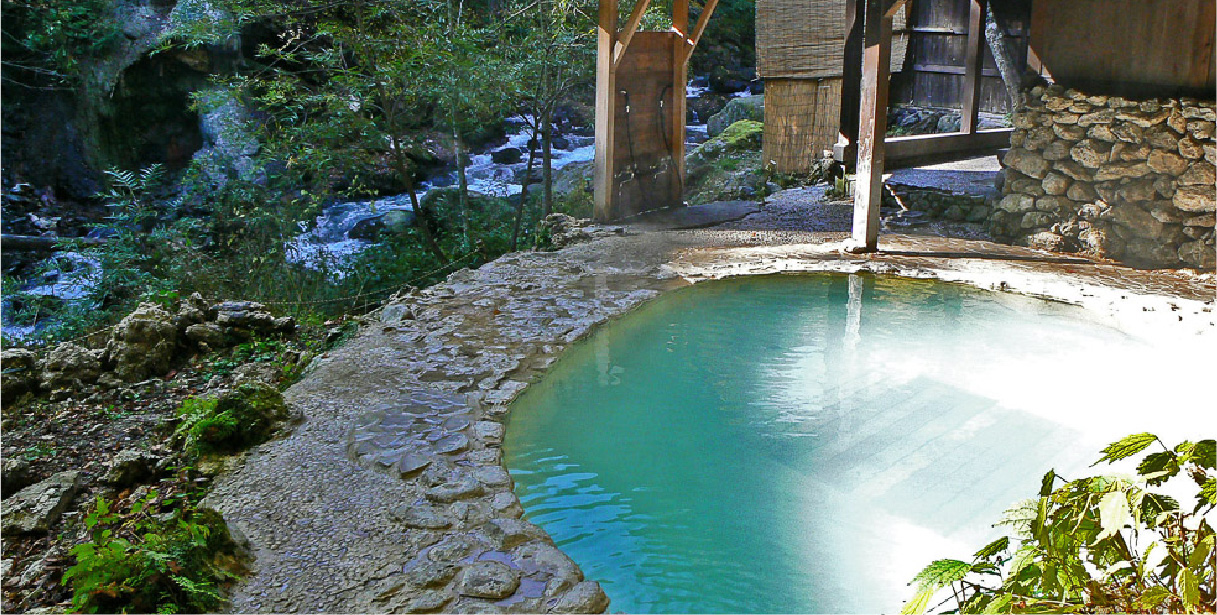 Shirahone Onsen is an onsen hot-spring village tucked deep inside the steep, forested valleys of Chubusangaku National Park. It is a perfect spot for people who appreciate a peaceful, remote location and are looking to experience the unique culture and customs of a hot-spring resort where everything revolves around relaxation.

Although credit cards are accepted at some hotels, many only accept cash so come prepared.
ABOUT THE AREA 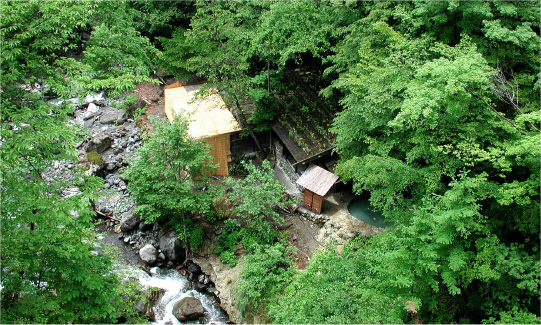 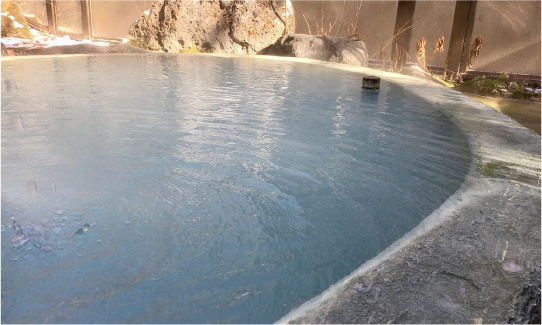 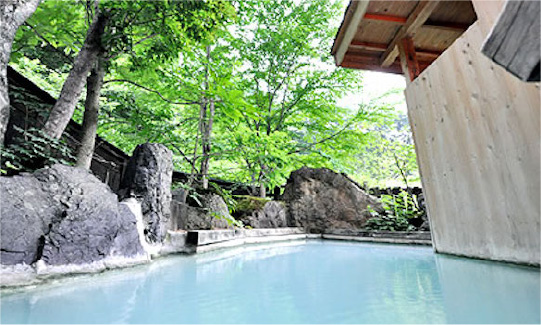 Shirahone Onsen is an onsen hot-spring village tucked deep inside the steep, forested valleys of Chubusangaku National Park. It is a perfect spot for people who appreciate a peaceful, remote location and are looking to experience the unique culture and customs of a hot-spring resort where everything revolves around relaxation.

Local historians believe that Shirahone Onsen’s hot springs have been in use since the Kamakura period (1185–1333), when samurai warriors would stop for a soak as a break from marching through the rugged mountain passes. The village itself has been around for four centuries, and over time the locals realized that the milky-white mineral waters appeared to have beneficial properties. By the latter half of the Edo period (1603–1867), farmers from Matsumoto were coming here to recuperate from long days of planting and harvesting.

In more recent times, as hiking has become more popular, enthusiasts have found the onsen waters to be a perfect remedy for sore muscles. The milky cloudiness of the water that made Shirahone Onsen famous is now known to be due to the presence of minerals like calcium and magnesium. Drinking the water is said to have even more health benefits, and visitors are encouraged to try it, which is why you will often find cups next to the spigots at the baths.

Today the village has 11 hot-spring inns, where guests can enjoy the relaxing ambience of traditional lodgings, including classic Japanese rooms with tatami-mat flooring and futon bedding. Day visitors are welcome to drop by for a soak at one of the outdoor baths and even at some of the inns’ baths. But the best way to truly experience the charms of a Japanese hot-spring inn is to stay overnight. Not only are guests free to make almost unlimited use of the baths, day or night, but the other amenities and services—particularly the elaborate meals—make for an unforgettable stay. Menus will usually include local specialties, like salmon-trout sashimi and sansai mountain vegetables, and one often-featured dish is onsen okayu, a rice porridge made with the hot spring’s mineral water. 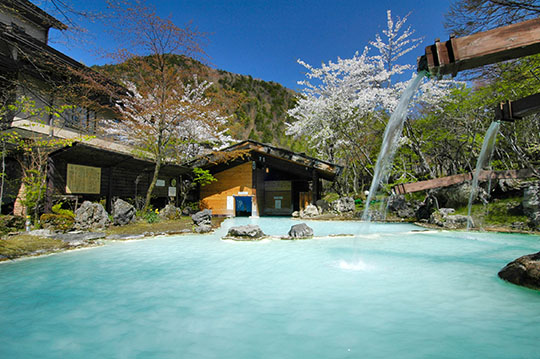 The 20-meter-long Tsuitoshi tunnel was formed naturally over millions of years by the rushing waters of the Yu River, which has slowly eroded the limestone in its path. The river passes through the hot-spring village of Shirahone Onsen, and while access to the tunnel is not possible due to the steep, rocky slope, it can be viewed from the road above, or from the public bath at Shirahone. A suspension bridge, which crosses the river downstream of the tunnel, offers extensive views of the surrounding forest and the roaring waters below.

The hot springs at Shirahone Onsen near the Tsuitoshi tunnel are characterized by milky white water, the result of calcium leaching from the area’s limestone bedrock. This gave the area its original name: Shirafune, or “white bath.” Over time, white calcified crusts developed around the edges of the bathing pools, and these may be the source of the current name, Shirahone, which is composed of the Japanese characters for “white” and “bone.” The springs are believed to have restorative properties, and people drink the cloudy water from bamboo spouts installed around the village. 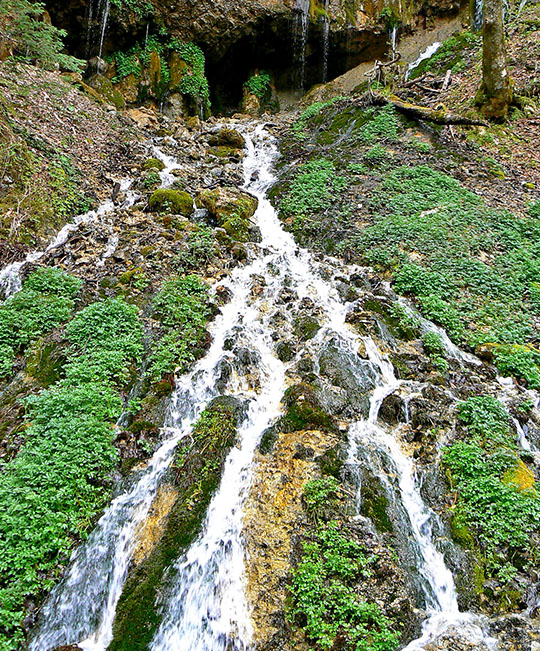 Ryujin no Taki Waterfall emerges directly from a limestone cavern created by millions of years of water erosion. The gentle cascade of water spreads out into several smaller streams as it makes its way down the moss-covered mountain. The waterfall is a few minutes’ walk from the visitor center at Shirahone Onsen, and is located on the side of the main road. The name Ryujin derives from a Shinto rain deity to whom farmers pray and make offerings.

The limestone cavern has an almost eerie quality, as groundwater continually drops down in thin white strands from countless holes in the rock. In winter, the waters freeze over and icicles form along the ridges of the waterfall.

THINGS TO SEE & DO IN SHIRAHONE ONSEN