and the Hotaka Mountain Range

Sawando is nestled at the footsteps of Kamikochi, in the Northern Japanese Alps, and the Hotaka Mountain Range which is part of the Chubusangaku National Park. Access to Kamikochi is limited to busses and taxis only, but Sawando Onsen has a large bus terminal where these transportation types are available. Sawndo Onsen also has many therapeutic properties, especially for mountain hikers which help one relax after trekking in the wilderness. 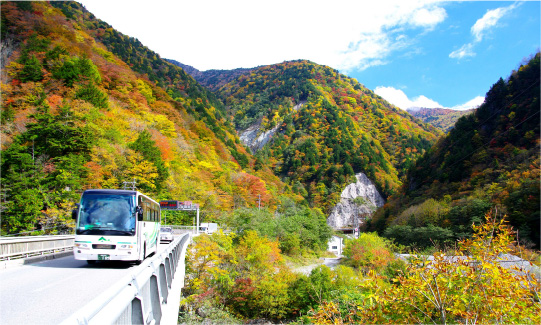 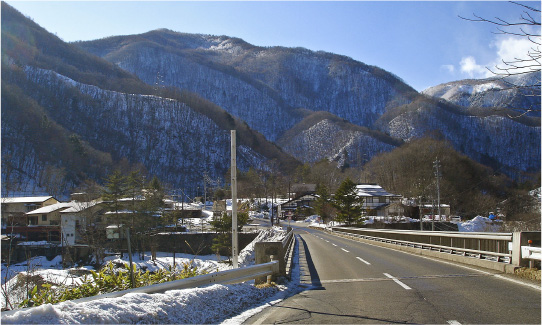 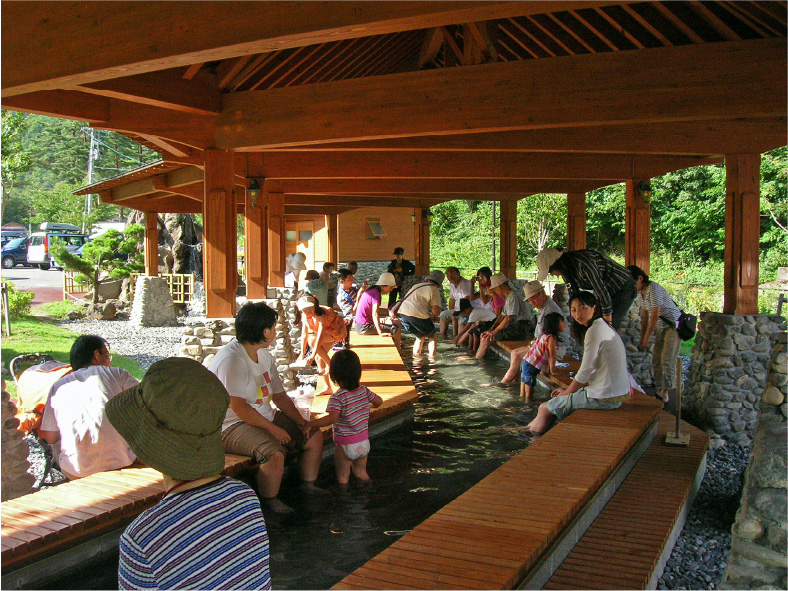 Sawando is nestled at the footsteps of Kamikochi, in the Northern Japanese Alps, and the Hotaka Mountain Range which is part of the Chubusangaku National Park. Access to Kamikochi is available by busses and taxis from Sawando Onsen's large bus terminal. Sawndo Onsen also has many therapeutic properties, especially for mountain hikers which helps them relax after trekking in the mountains.

The area that is now Sawando Onsen was once a post town on the old highway network that connected various parts of the country with the city of Kamakura, the seat of the shogunate during the Kamakura period (1185–1333). The name “Sawando” roughly translates as “across the stream,” and the area was known as a crossing point between the old provinces of Hida and Shinshu (present-day Gifu and Nagano Prefectures, respectively).

Onsen means “hot spring,” and development of the hot-spring facilities started in 1998, when construction of the Abo Tunnel through the Northern Japanese Alps tapped into a previously unknown source of geothermally heated water. The water is clear, smells faintly of sulfur, and stays at around 70°C even as it is piped 7 kilometers down the mountains to the baths.

Located at the lower edge of the Chubusangaku National Park and Northern Japanese Alps, and with direct access to the city of Matsumoto in the east, Sawando Onsen is a gateway for sightseeing and outdoor sports in the area. Notable locations include the highland valley of Kamikochi, the Norikura Kogen highlands, the hot springs at Shirahone Onsen, and Nagawa. 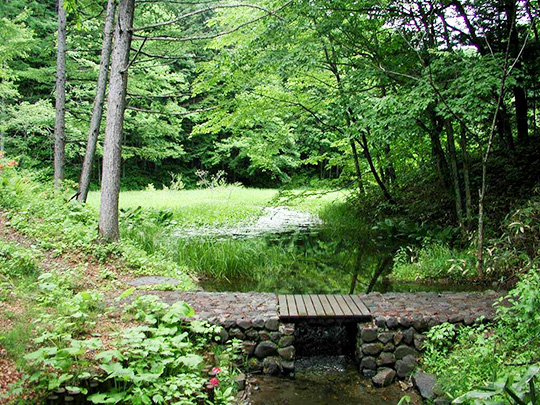 Ikejiri Marsh is the tranquil focal point of a secluded forest trail that starts 20 minutes on foot from Sawando Onsen Yunosato Park. The 1.7-kilometer path rises gently through shaded woodlands, following the course of a small stream to the pond-like heart of the marsh. Mosses and ferns line the trail, and wetland species like Asian skunk cabbage and bogbean—whose English names give no hint of their beauty—bloom within the pond. Skunk cabbage has large, white flowers shaped like flames, and bogbean puts forth delicate white stars. Look, too, for the tiny, glue-tipped leaves of carnivorous round-leaved sundew.

In addition to its visual appeal, Ikejiri Marsh has historical significance. During the Kamakura period (1185–1333), a network of trade roads called the Kamakura Kaidō connected the shogunal capital of Kamakura to other regions of central Japan. Sawando Onsen was a way station on one of these trade roads, and part of the Ikejiri Marsh Trail follows the road’s historical route.

The marsh figured in history again a few centuries later, when Japan entered a period of widespread warfare known as the Warring States period (1467–1568). Two of the era’s most renowned warlords—Takeda Shingen (1521–1573), ruler of Kai (now Yamanashi Prefecture), and Uesugi Kenshin (1530–1578), ruler of Echigo (now Niigata Prefecture)—repeatedly pitted their armies against one another. Through their lengthy struggle, the two developed great respect for one another, and the relationship between “the Tiger of Kai” and “the Dragon of Echigo” is often celebrated in literature and film.

During the lords’ bloody battles, these forested hills and wetlands provided refuge for the forces of Takeda Shingen. His troops would relax and water their horses in Ikejiri Marsh before the next round of bloodshed. The site of Shingen’s mountain fortification is accessible from the Ikejiri Marsh Trail along a short side path that climbs roughly 350 meters to the ridgeline west of the marsh.

Visitors with vehicles can skip the 20-minute walk from Yunosato Park by driving directly to the trailhead, where there is a small parking area.

THINGS TO SEE & DO IN SAWANDO ONSEN