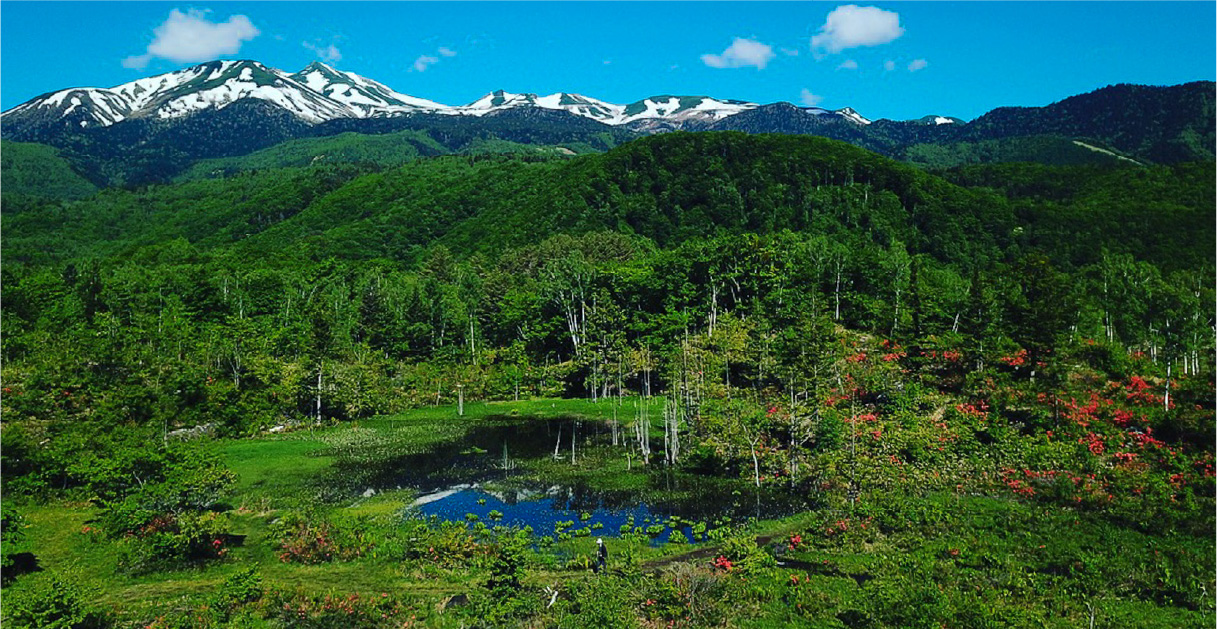 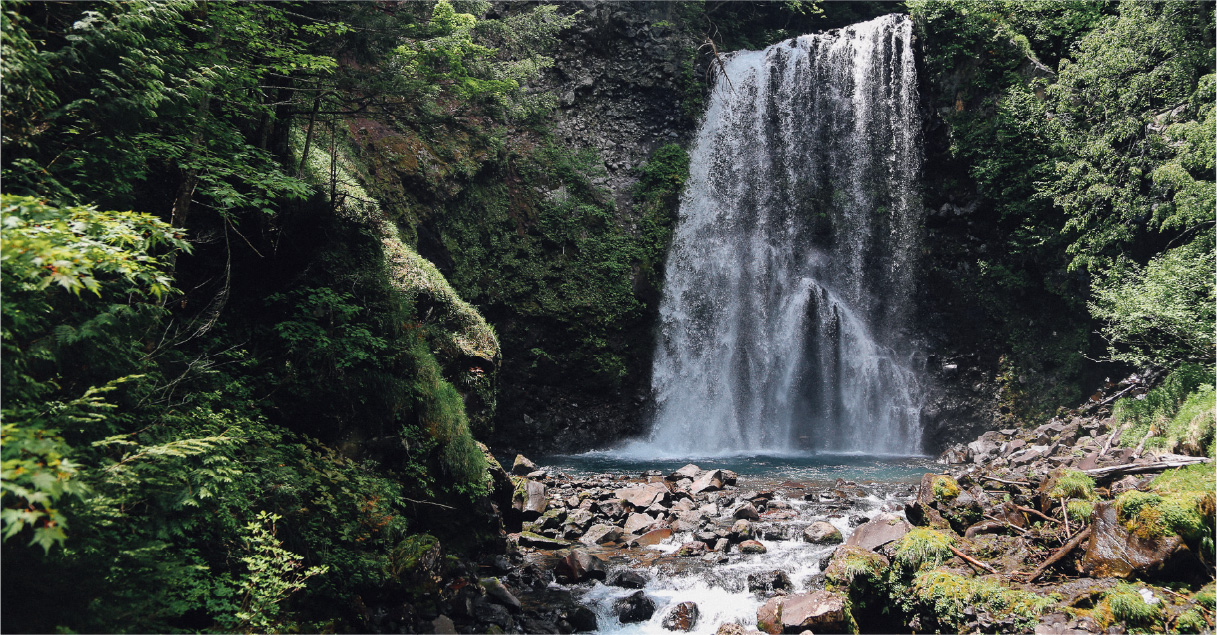 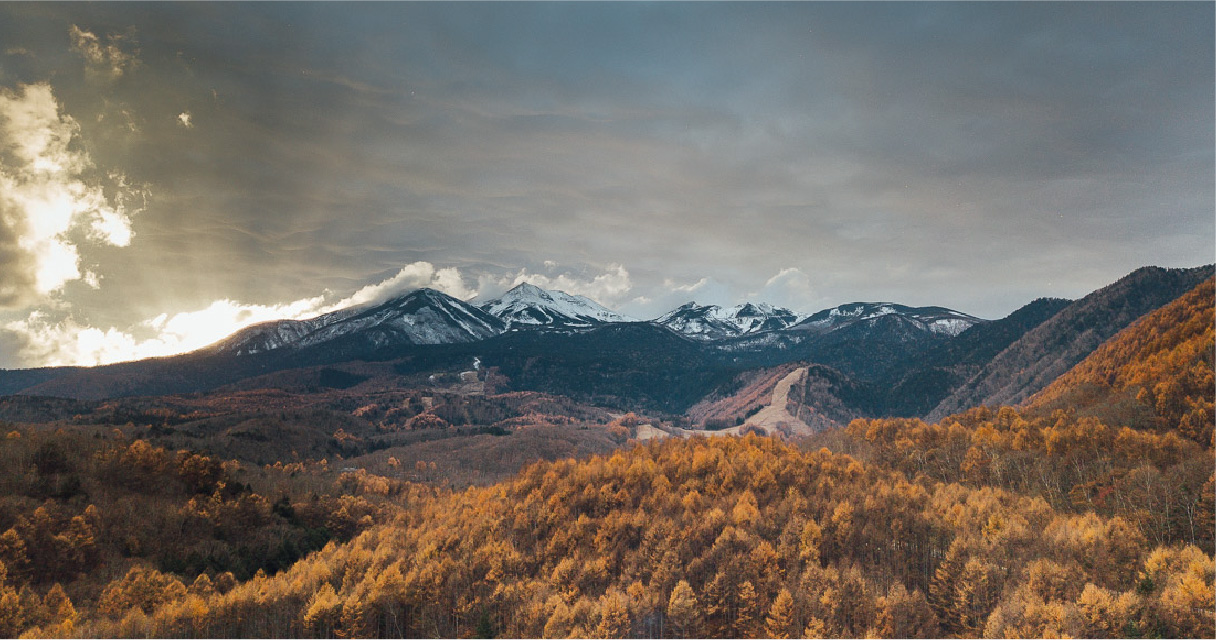 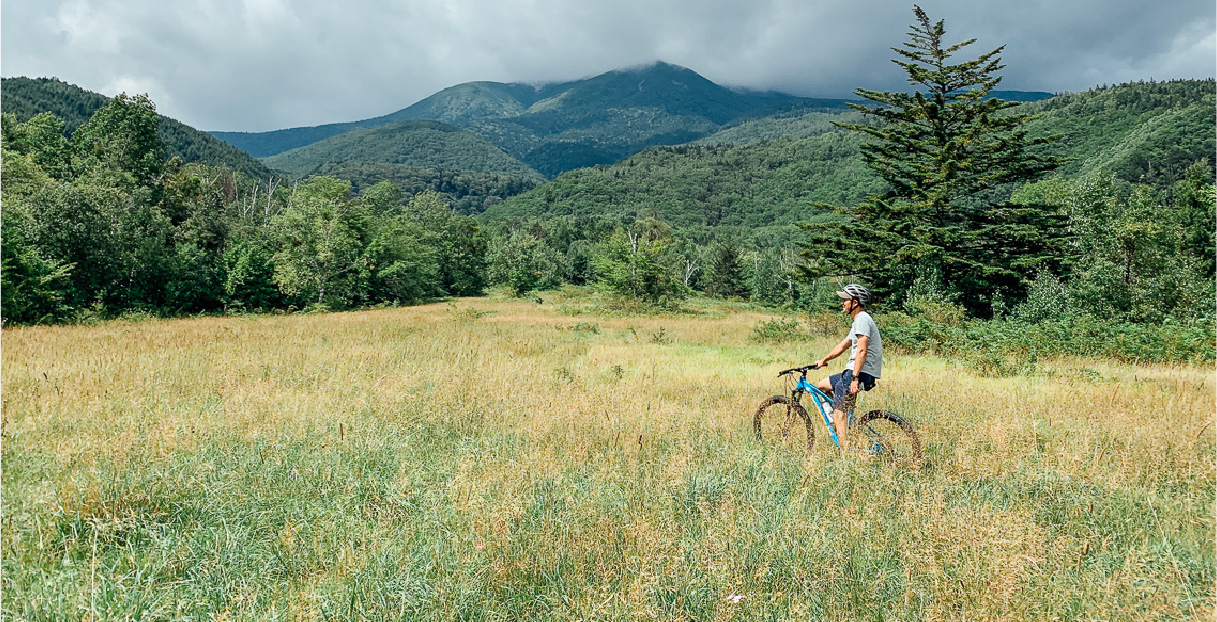 Norikura Kogen is an expansive plateau at the foot of Mt. Norikura. It is known for its easy access, natural beauty, wide variety of year-round outdoor activities, and numerous onsen hot springs. With altitudes ranging from 1,200 to 1,800 meters, the area plays host to visitors looking to enjoy hiking, camping, cycling, fishing, snow sports, and water sports. 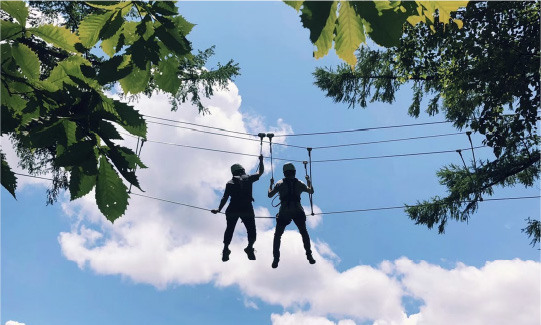 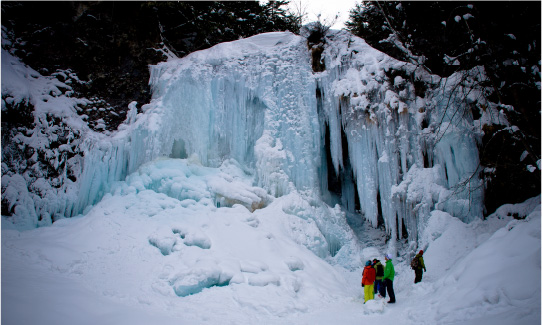 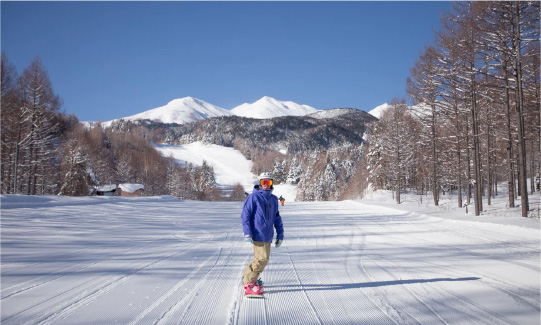 Offering a wide range of accommodations—from campsites to lodges and traditional ryokan inns—this area is often used as a base for hikers and cyclists headed to nearby peaks in the Northern Alps. But there is more to this charming area than just convenient lodging. A vibrant community of several hundred people have made this alpine village their home, despite the harsh natural environment of winter months at high altitudes. For visitors, those conditions are part of the attraction, along with three hot-spring sources that feed a variety of relaxing bathing options.

There are three waterfalls within hiking distance from the village. Zengoro Falls, the most easily accessible, is 21.5 meters high and 8 meters wide and is only a 700-meter walk southwest of the Norikura Visitor Center. Most of the cascades freeze over in winter, making for spectacular ice formations that are accessible with snowshoes. In May, the area’s many marshes are bright with the white blooms of mizubasho, or Asian skunk cabbage. A short trek on a boardwalk through a marsh leads to Ushidome Pond, where, during the green season, visitors can take in views of the surrounding forest and of the peaks of the Northern Alps reflected in the still waters. 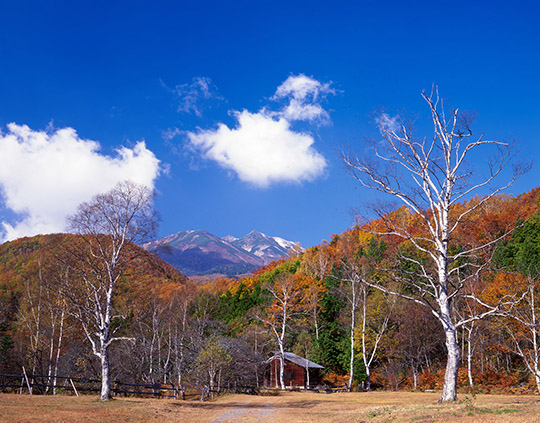 Ichinose Meadow is a large, open flatland in the Norikura Kogen highlands. The site was once crossed by logging trains, and in the early twentieth century it was used as pastureland for horse and cattle farming. The area had been covered in forest, but land utilization helped give shape to the meadow as it is today. Eventually, farming activity on the meadow died off, and while the crops and cattle may be gone, varied flora have taken their place, including white birch trees, verdant ferns, and colorful wildflowers. Groups of white skunk cabbage grow in marshy areas in spring, and fiery orange Japanese azaleas bloom in summer. Some areas of the meadow have been shaped into large gardens and ponds, while others remain completely wild—mountain ants build large mounds, and woodpeckers and jays dart through the overgrowth.

The area currently serves as a multiuse space. The meadow’s even terrain is suitable for short hikes in summer, and some of the hiking trails continue to Mt. Norikura and other routes in the surrounding mountains. Streams running through the meadow are a popular place for children to play. In winter, the meadow draws cross-country skiers, and on clear nights, the lack of light pollution makes it an ideal spot for stargazing. 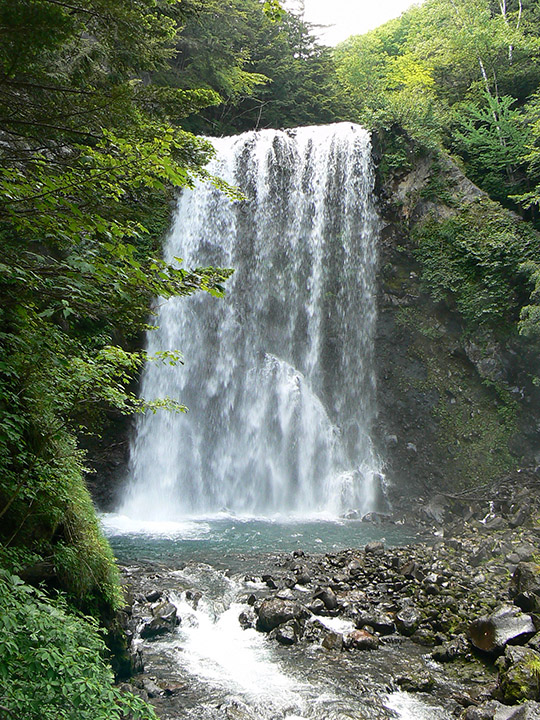 Zengoro Falls formed from volcanic rock after the last eruption of Mt. Norikura some 43,000 years ago. The cascade is relatively large at 8 meters wide, with a 21.5-meter drop. Erosion of the rock is slowly moving the falls upstream.

The falls get their name from a local legend about a logger named Zengoro, who was almost pulled into the river by a giant char while fishing. The story says he barely escaped with his life, and his name has been attached to the falls ever since.

In winter, a lack of sunlight causes the water to freeze a deep blue, and the completely frozen falls are a popular snowshoeing destination. Some trails that pass nearby lead to many of the other waterfalls and scenic spots around Norikura. 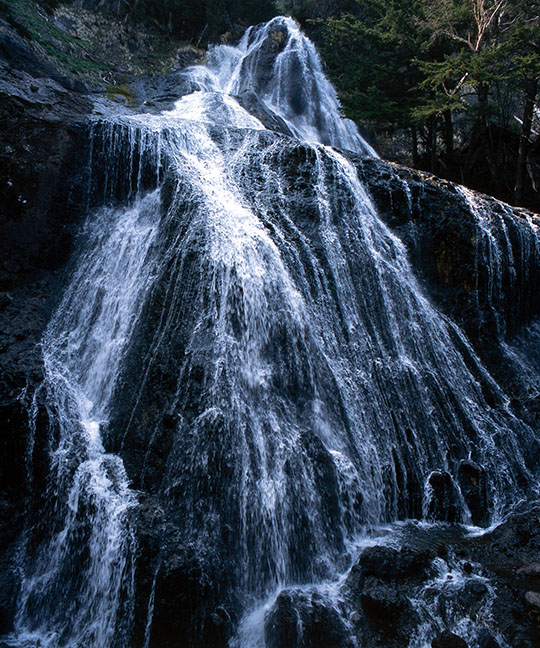 The three falls of Sanbondaki are all part of a single river running through the Norikura Kogen highlands. The falls pour over the edge of a solidified lava plateau into the river basin below, with the drops ranging from 50 to 60 meters. The three falls are collectively recognized by the Ministry of the Environment as one of the Top 100 Waterfalls of Japan.

The three waterfalls are quite distinct. The smallest one, on the left, is a slow trickle over a sheer drop. The second-largest waterfall, in the center, consists of a single powerful cascade into the river. The rightmost and largest of the falls spreads across numerous rock shelves as it makes its way down, covering a wider area than the other two falls combined. In the past, Buddhist priests would gaze at these falls as they chanted mantras.

Rainbows often appear here in the morning as sunlight passes through the spray. In the winter, all three waterfalls freeze solid. The sight has become a popular attraction for snow hikers, as the lower altitude also means the weather is milder here than farther up the mountains.

THINGS TO SEE & DO IN NORIKURA KOGEN